Premier League: How have the ‘Big Six’ started? 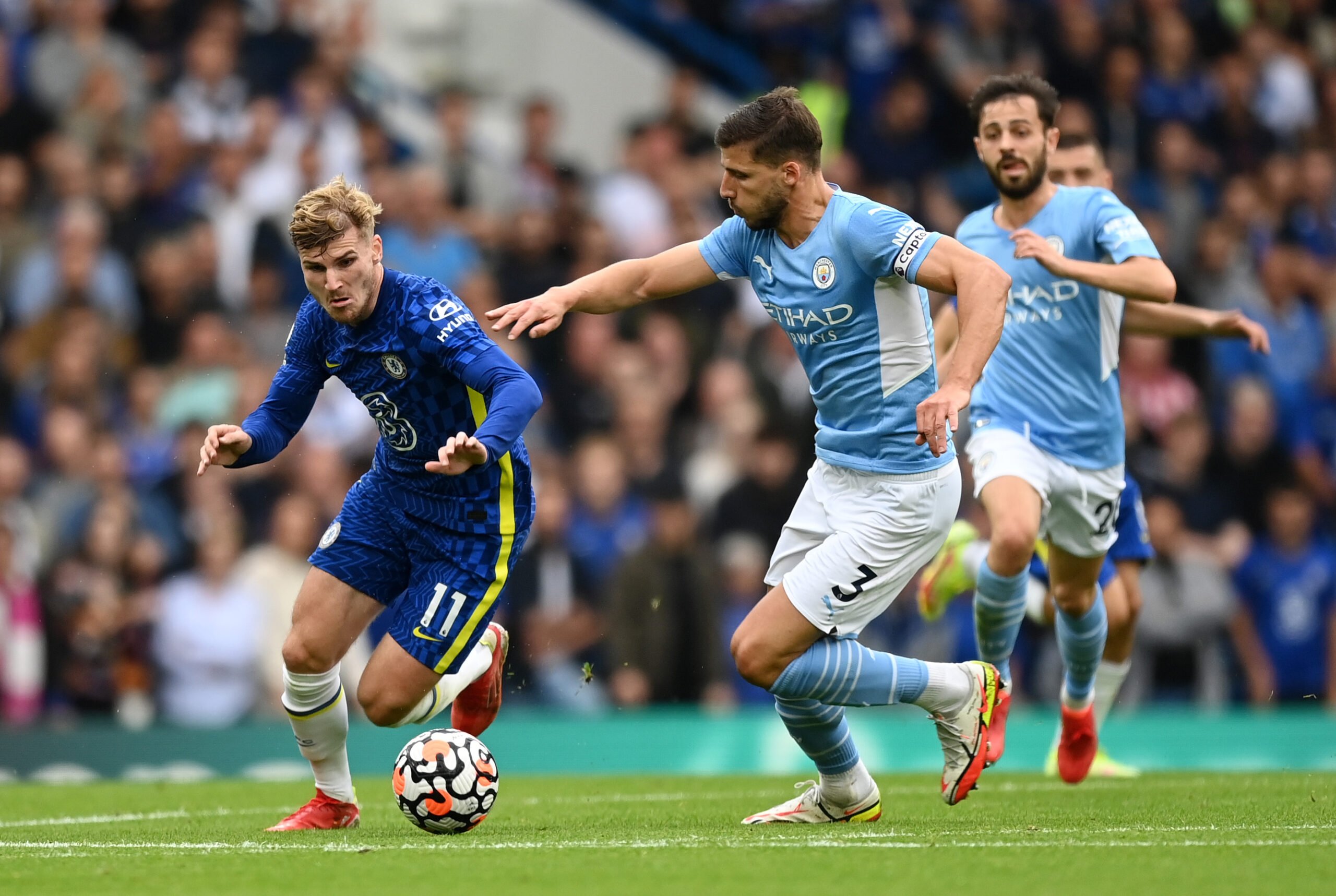 We’re now a third of the way through the Premier League season, and it’s delivered all the drama we’ve come to expect.

Every year, the ‘Big Six’ are expected to be near the top of the table. Some have met these expectations. Others….not so much.

Here is our assessment of each ‘Big Six’ team this season.

Position: 1st – it’s been a really strong start from the European champions. The Blues are engaged in a tightly-fought contest at the top but currently lead the way as they look to add a sixth Premier League title to their trophy cabinet.

Best match: Leicester City 0-3 Chelsea – Thomas Tuchel’s men have won six games this season by three or more goals, so there was no lack of options. Travelling to the King Power Stadium is always a difficult task, but they made it look easy with a resounding win.

Worst match: Chelsea 0-1 Manchester City – Their only defeat of the season came back in September. Gabriel Jesus netted the only goal of the game as title rivals Man City took three points from Stamford Bridge.

Best player: Reece James – Pretty much anyone from their backline could have been selected, but James edges it. As a right wing-back, the Englishman has been the main source of goals for Chelsea. He has scored four and assisted as many this term.

How has the manager done?: Tuchel made an immediate impact at the Londoners when he first arrived in January, and he has shown no signs of slowing down. His system and game plan is clear, and it seems to get results.

How have the new signings done?: Perhaps the biggest negative of Chelsea’s season is the lack of goals from Romelu Lukaku. The Belgian has netted just three times in eight league appearances and has blanked in his last five. Meanwhile, loanee Saul Niguez has become a forgotten man at Stamford Bridge.

Prediction: With the way things have gone over the past year, it’s difficult to see Chelsea not challenging for the title. Expect them to compete right to the very end.

Position: 2nd – Just one point off the summit, Man City are challenging for the league title as many expected them to.

Best match: Chelsea 0-1 Manchester City – As mentioned above, the Cityzens are the only side so far to inflict defeat on Chelsea. It was arguably their toughest test of the season, but they came out on top.

Worst match: Manchester City 0-2 Crystal Palace – In a game that they were heavily fancied to win, Man City were shocked by Crystal Palace. Wilfried Zaha bagged early on, and Conor Gallagher added a late second, with Aymeric Laporte getting sent off just before half time.

Best player: Joao Cancelo – Despite being renowned for their incredible strength in depth, Pep Guardiola’s side are still lacking in some areas. For example, they don’t have a natural left-back available.

But Cancelo has stepped into that role and performed brilliantly. He has been defensively solid while contributing heavily to five goals. In the home game against Everton, he produced one of the assists of the season with an incredible outside-foot pass for Raheem Sterling.

How has the manager done?: Guardiola continues to get results week after week while playing some highly entertaining stuff.

How have the signings done?: Man City smashed their transfer record in the summer to bring in Jack Grealish from Aston Villa. The nine-figure signing has shown flashes of promise but is still way off justifying his price tag.

Prediction: Once again, Man City should be able to maintain their title fight. It would be Guardiola’s fourth for England and probably his most impressive one.

Best match: Manchester United 0-5 Liverpool – The Reds went to the home of their bitter rivals and swept them aside with ease. Naby Keita and Diogo Jota got the ball rolling with early strikes, and Mohamed Salah netted a hat-trick.

Worst match: West Ham United 3-2 Liverpool – The Hammers were the only side to defeat the 19-time English champions. Trent Alexander-Arnold’s brilliant free-kick cancelled out Alisson’s own goal, but Pablo Fornals and Kurt Zouma scored after half time to win the game for the hosts.

Best player: Mohamed Salah – Not only has Salah been the best player for his side, but he’s also been the Premier League’s standout so far. With 11 goals and eight assists, the Egyptian is leading the league in both categories.

How has the manager done?: After a drop-off last season, Klopp has restored Liverpool to the peak of their powers.

How have the signings done?: The Reds made just one signing in the summer, bringing in Ibrahima Konate from RB Leipzig. The Frenchman is looking like a capable centre-back partner to Virgil van Dijk.

Prediction: Liverpool are showing no signs of slowing down this season. If they can keep up their current level, we could be in for one of the best title races in Premier League history.

Position: 5th – After a really slow start to the season, Arsenal have managed to turn things around. They now find themselves with a chance of qualifying for the Champions League.

Best match: Arsenal 3-1 Tottenham Hotspur – Up against their local rivals, the Gunners raced into a 3-0 lead thanks to goals by Emile Smith Rowe, Pierre-Emerick Aubameyang and Bukayo Saka. Heung-min Son pulled one back late on, but the home side saw out a thoroughly deserved victory.

Worst match: Brentford 2-0 Arsenal – Arsenal kicked off the Premier League season with a trip to Brentford, who were playing their first top-flight match since 1947. The Bees made up for lost time with a 2-0 victory, with Sergi Canos and Christian Norgaard scoring.

Best player: Emile Smith Rowe – The north London outfit haven’t had any clear standouts this season, meaning that there were a few players that could have gone here. We’ve gone for Smith Rowe, who has earned himself two caps for England with several impressive displays in attacking midfield.

How has the manager done?: When they lost their first three games of the season without scoring, there were fears that Mikel Arteta wouldn’t last the full season. But, to his credit, the Spaniard has guided the club through a bright run of results since September and has done well to get them to where they are now.

How have the signings done?: Arsenal were by far the busiest of the ‘big six’ in the summer, recruiting six first-team players. Aaron Ramsdale has been the most impressive so far, with many touting him to oust Jordan Pickford from the England side.

Prediction: The concern for Arsenal will be their record against the big sides – they’ve faced Chelsea, Man City and Liverpool this season and lost by an aggregate score of 11-0. They will need to improve on this if they want to maintain their fight for the top four.

Nonetheless, their results against the rest of the league have been encouraging. Expect them to end up in the European places.

Position: 7th – Tottenham Hotspur currently find themselves four points off the Champions League spots. Although they have a game in hand, in which a win would take them up a place.

Best match: Tottenham Hotspur 1-0 Manchester City – In the lead up to this game, all the talk was about Harry Kane, who had reportedly tried to force a move through to Man City. He was absent from the lineups, but Spurs still took the three points thanks to Heung-min Son’s second half strike.

Worst match: Crystal Palace 3-0 Tottenham Hotspur – The Lilywhites had won their opening three games, but their strong start was derailed with a disastrous outing at Selhurst Park. They had just 38% possession and two attempts all game, while the Eagles bagged three in the final 15 minutes to claim their first win of the season.

Best player: Sergio Reguilon – It feels like no one deserves this title because no one has been all that impressive for Spurs this season. Reguilon has perhaps been the best of a pretty mediocre bunch.

How has the manager done?: Nuno Espirito Santo won the Manager of the Month award in August after three wins from three. But he only won two from the next seven and was subsequently sacked. Antonio Conte has since come in and replaced him.

How have the signings done?: Not a whole lot to shout about. Cristian Romero has been fairly solid but recently got injured on international duty. Emerson Royal is yet to meet expectations, while Pierluigi Gollini and Bryan Gil aren’t getting much time on the pitch.

Prediction: With Conte at the helm, Spurs should improve. If he can get Kane firing again, they will give themselves a shot at the top four. However, questions remain over whether their squad is good enough. A Europa League place is probably the best they could hope for.

Position: 8th – Man Utd have had an underwhelming campaign so far, sitting five points off the top four and 12 off the summit.

Best player: David de Gea – A lot has been said about the goalkeeper in recent years, but this season he has started to show some of his best stuff again. The 31-year-old is proving that he still has plenty left to offer at the top level.

How has the manager done?: After three years in charge, Ole Gunnar Solskjaer’s reign at Man Utd ended. In his final few games, his side looked completely disjointed and way off the standards expected of them. Ralf Rangnick has taken over as interim manager.

How have the signings done?: This summer was one of Man Utd’s most exciting transfer windows in a while, bringing in three top-class players. Unfortunately, they haven’t yet lived up to the hype.

Cristiano Ronaldo was the marquee signing, returning after 12 years away. He has been brilliant in the Champions League, but his Premier League form hasn’t been as prolific, and there are concerns over whether they could be better off without him.

Meanwhile, Jadon Sancho has made a slow start, and Raphael Varane has had injuries.

Prediction: With a new manager coming in, there is little telling what could happen. Their squad is good enough to get top four, but a title challenge is likely out of their reach by now.