Data Analysis: Why Chelsea’s defenders are involved in so many goals 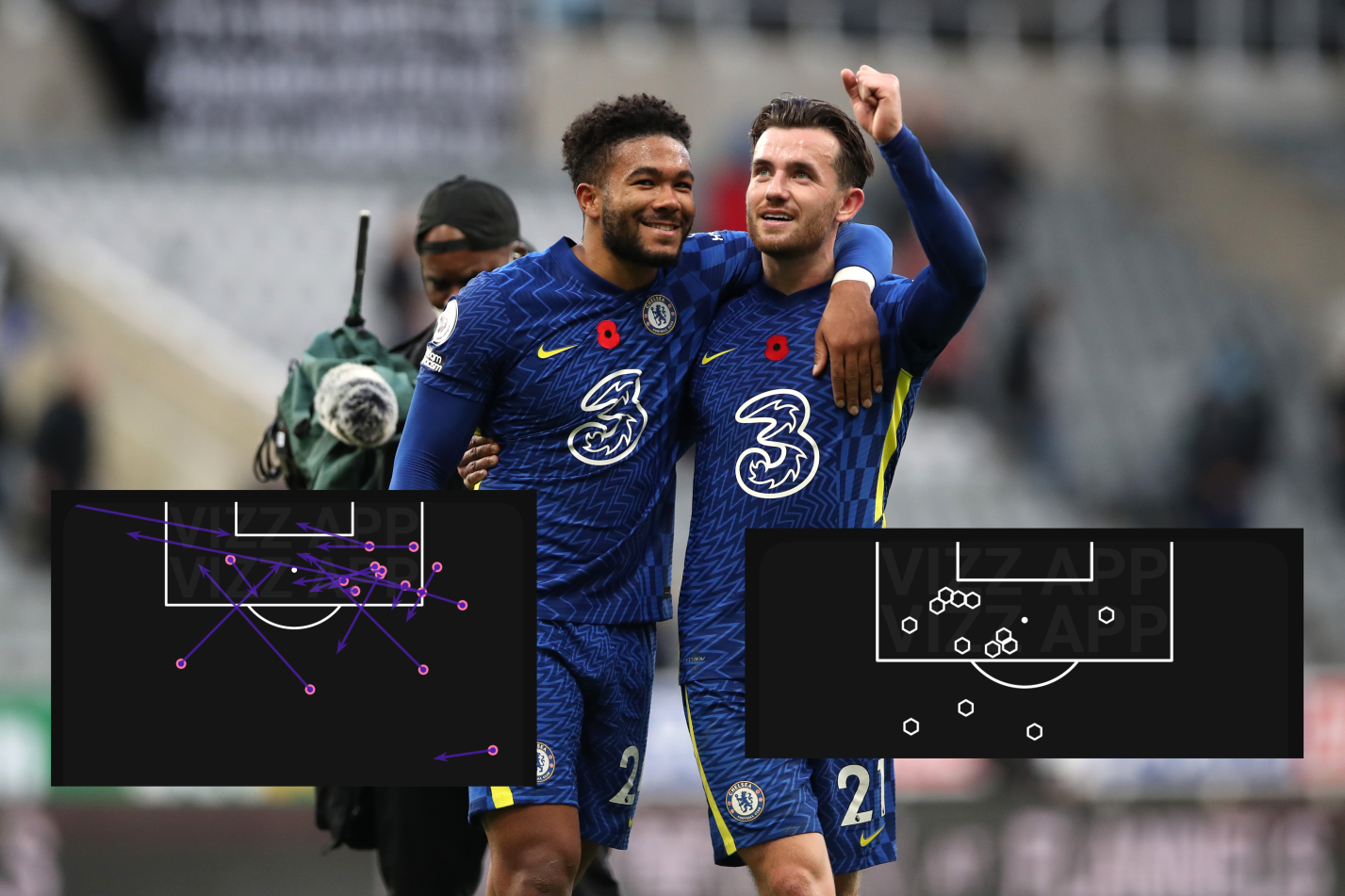 Chelsea’s 1-1 draw against Manchester United was a surprising result not just because the Blues dropped points in the league for just the second time since September.

It was also the first match in the 2021/22 Premier League season where they found the back of the net without any of their defenders getting a goal or assist.

With such an incredibly long run of games involving goal contributions from defenders, it should hardly be surprising that Chelsea have both of the league’s highest-scoring defenders (with two also sitting joint third) along with the second and joint fourth-best providers among players in that category.

Slightly more alarmingly, their defenders have more goal involvements in the league this season than all of their forwards.

To find out why Chelsea’s defenders are racking up so many goals and assists this season, we must first understand the system they operate in.

Save for a couple of occasions of experimentation, Thomas Tuchel has strictly used a 3-4-2-1 throughout his time at Chelsea, with the shape transitioning into a 3-2-5 in possession as the wing-backs push up very high.

The very attacking roles of the wing-backs also show how the conventional classification of positions is too trivial.

This is backed up further by the fact that all of the players in the aforementioned statistics have been used as wing-backs for Chelsea this season, but that is beside the point here.

The most basic advantage of this is that the five-man front-line naturally creates a numerical overload against back-fours, which can be exploited through cross-field passes in the build-up or far-post crosses in the creation phase.

The second option is what gets goal involvements for the wing-backs, which was perfectly illustrated in Reece James’ goal against Juventus in the Champions League.

This sort of pattern is visible in each of their three most-used wing-backs’ shot maps, where attempts from one side of the box are the most common cluster.

In Reece James’ case, this is the right side…

…and for Ben Chilwell…

…and Marcos Alonso, it is the left.

James in particular is also very good at playing balls across the face of goal or finding cut-back options after receiving far-post crosses, as is visible in his key passes map with the cluster in the right side of the box.

Additionally, the wide centre-backs are encouraged to get forward in the half-spaces especially against low-block sides, after which they can either shoot themselves or create chances for their teammates.

Antonio Rüdiger is especially happy to let fly from long-range (think back to how he rattled the crossbar against United, for example), which is part of the reason why he has the most shots for any centre-back in the Premier League this season.

Although Rüdiger is yet to be rewarded for this, Trevoh Chalobah did manage to score his first-ever goal for Chelsea by having a hit from a fair way out against Crystal Palace.

Finally, there is the small matter of set-pieces. Chelsea rank joint second in the league as far as goals from such situations are concerned with six.

The top-three for the Blues in terms of dead-ball passes attempted in the Premier League this season are Chilwell, Alonso and James because they are the designated corner-takers and free-kick specialists, and together they have 14 SCA (Shot-Creating Actions) and three GCA (Goal-Creating Actions) by taking these set-pieces.

Alonso and James are also in contention for taking direct free-kicks, which is visible in their shot maps through the clusters of shots just outside the box.

There is more to it because Chelsea’s centre-backs are their main attackers inside the box from set-pieces.

All of them are very good in the air, but Rüdiger excels once again as he has a couple of goals by getting on the end of dead-ball deliveries.

Usually, when a team’s defenders are comfortably outscoring their forwards after about a third of the season, it is a significant cause for concern as a dip in their goalscoring rate is quite likely.

However, in Chelsea’s case, it is clear that their defenders have key attacking roles both in open play and even more so in set-piece situations (where it should be said that they are perhaps overperforming too much as they only have the 15th highest xG from such situations and the lowest set-piece xG ratio in the whole league at just 0.15).

On that basis, there is nothing to say that they will not continue finding the back of the net at a very respectable rate throughout the season.

Stats courtesy Premier League, Opta via The Analyst and StatsBomb via Fbref.

Thomas Tuchel very happy with Jorginho despite blunder vs Manchester United
Premier League: How have the ‘Big Six’ started?