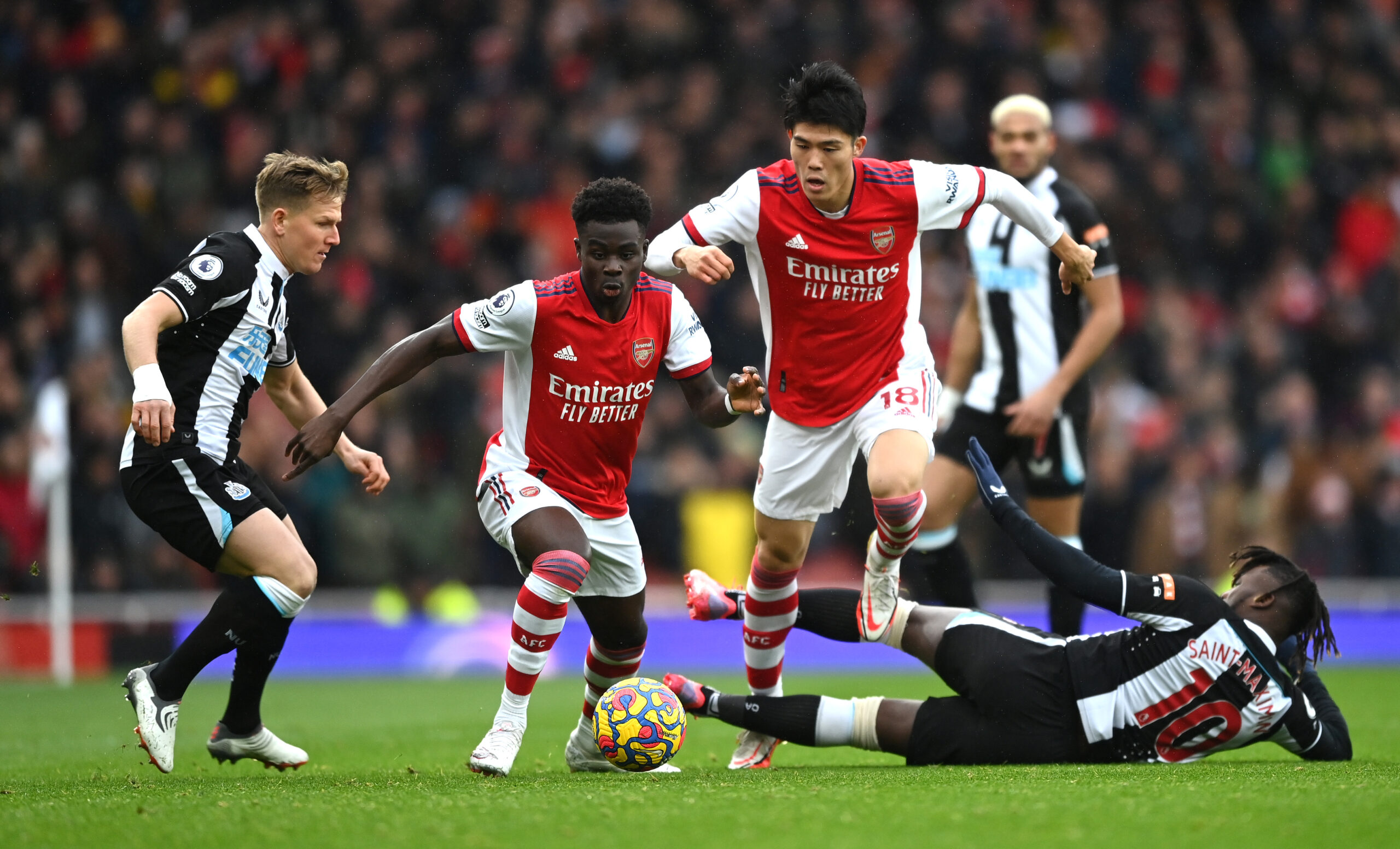 The England international opened the scoring for the Gunners in the 56th minute but appeared to injure himself in the process of taking the shot.

He was substituted soon after, with Gabriel Martinelli taking his place. The Brazilian made an immediate impact, scoring the club’s second goal with a superb volley.

Speaking after the game, Arteta said that Saka will be assessed by the club’s medical team to find out whether he has sustained an injury.

When pressed further on the apparent concern, the Spanish tactician revealed that the attacker complained about a potential muscular problem.

The north London giants returned to winning ways after a lacklustre showing against Liverpool last weekend, where they were comfortably beaten (4-0).

They are now only goal difference behind West Ham United for the final Champions League spot, although the Hammers have a game in hand tomorrow.

The east London outfit face a tough trip to Manchester City, and there is a big possibility that David Moyes’ side could suffer a second straight defeat.

The Gunners face a tricky game against Manchester United on the road on Thursday. The Red Devils may have a new interim manager prior to that.

Ralf Rangnick is touted to take charge once his work permit is issued. The Gunners will have to be at their best to beat the Red Devils away from home.

They beat them at Old Trafford by a 1-0 scoreline last term, but it was their first league win at the stadium in 14 years.

Arteta will be hoping that there is good news on Saka, who remains a crucial part of his starting plans.