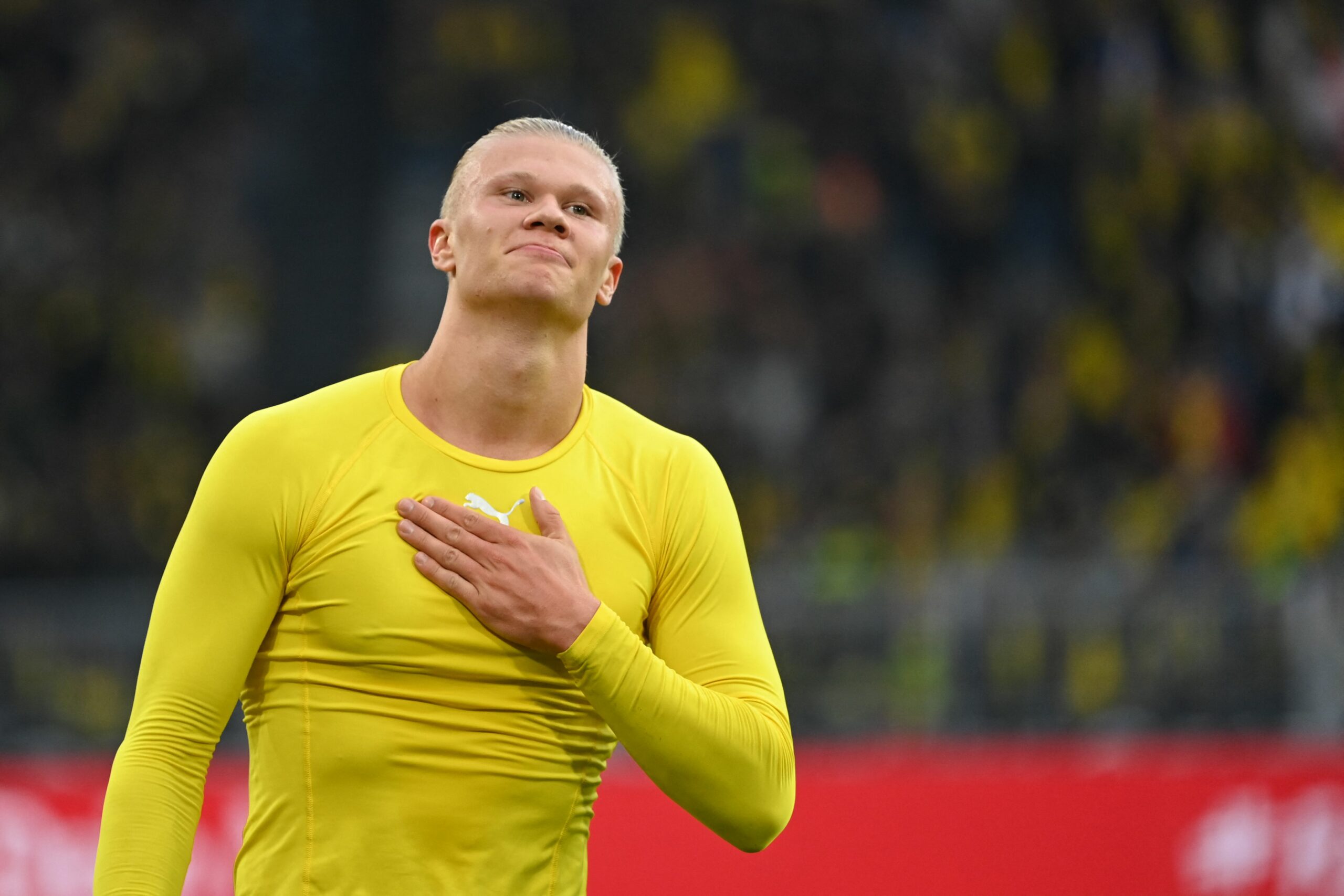 Borussia Dortmund star Erling Braut Haaland has the preference to join Real Madrid if he pursues a new challenge during the 2022 summer transfer window, Goal claims.

The Norwegian has been an excellent signing for Dortmund from Red Bull Salzburg, amassing 70 goals and 19 assists from just 69 appearances.

Despite his efforts, Dortmund find themselves playing catch up to Bayern Munich, who have been dominant in Bundesliga over the past nine-and-a-half seasons.

Haaland is presently contracted to Dortmund until June 2024, but his current deal has a £68 million release clause that will become active at the end of this campaign.

While Dortmund are keen on postponing his clause, it appears very likely that Haaland could seek a bigger club where he has the best chance of winning regular trophies.

Manchester City have been touted as potential contenders to sign him, but the 21-year-old reportedly has the preference to join Carlo Ancelotti’s side next summer.

Mino Raiola has already hinted that his client has a house in Spain, but a move could be complicated with Los Blancos’ interest in luring Kylian Mbappe on a Bosman deal.

The club were desperate to get their hands on Mbappe last summer, and they were willing to pay more than £170m to convince Paris Saint-Germain to sanction his sale.

Los Blancos were unsuccessful in their approach, but they can now sign him on a free transfer. Mbappe has no plans of extending his Les Parisiens’ deal expiring in June 2022.

Mbappe could be partnered with compatriot Karim Benzema. The duo have recently excelled as a pairing for the France national team and could be reunited at club level.

Bringing in Haaland would mean Benzema being potentially phased out of the first XI. That appears unlikely to happen next season.

Madrid could struggle to afford both players in the same window, while Haaland may not have assurances of a regular starting role with a move to the Bernabeu next summer.

Read: Football Today – Time to axe Alli after horror show, Vlahovic would be ideal for United.