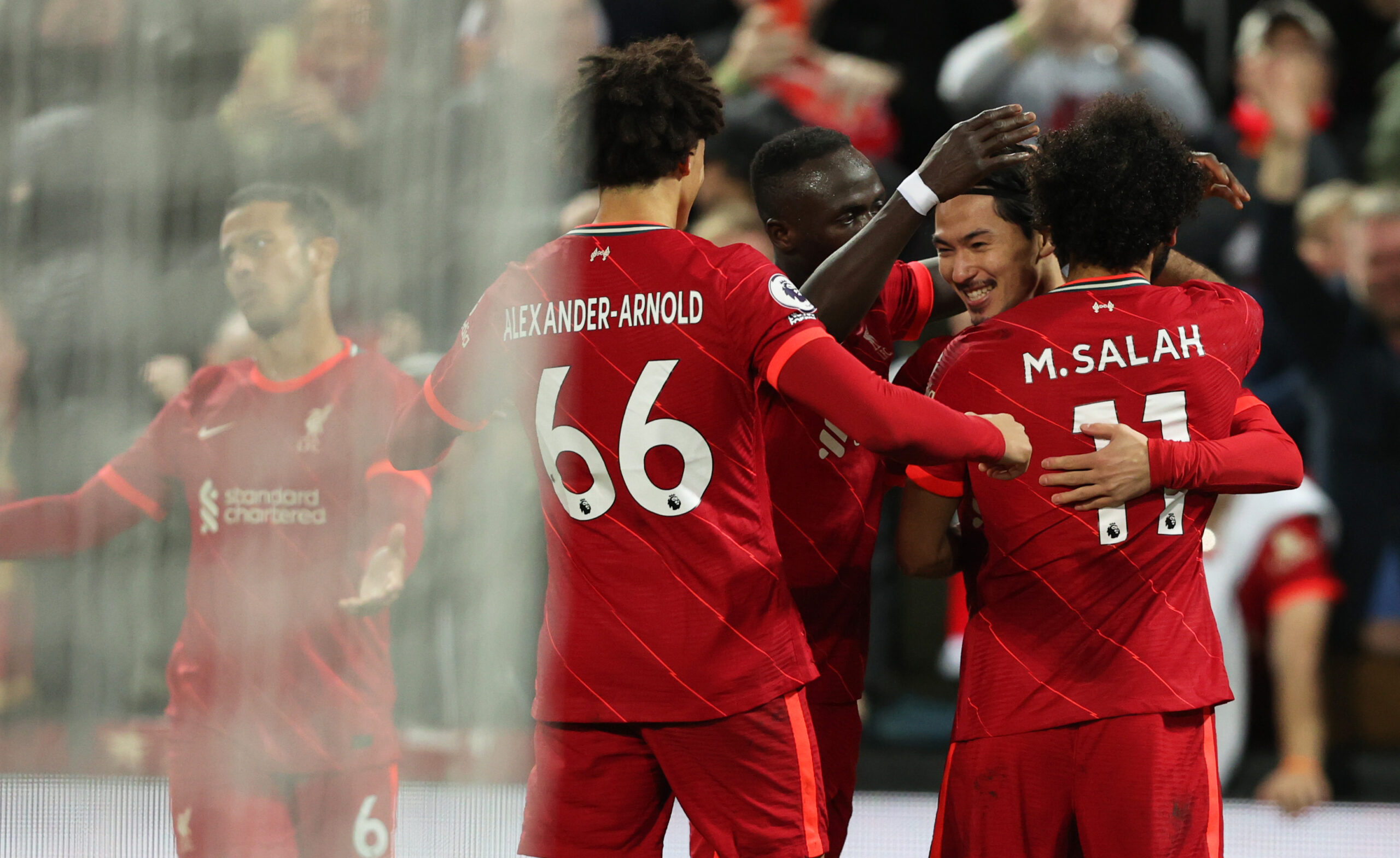 Liverpool entertain Porto at Anfield in the penultimate round of the Champions League group stage fixtures on Wednesday.

Jurgen Klopp’s men have made light work of what many dubbed the ‘Group of Death,’ winning all four inaugural matches to ensure qualification for the knock-out stages with two games to spare.

An unassailable seven points clear of second-placed Porto ahead of the kick-off, the six-time champions of Europe will progress as Group B winners regardless of the outcome at Anfield.

Liverpool head into proceedings on the back of an overwhelming 4-0 derby win over Arsenal over the weekend and will be confident of maintaining momentum against sub-par opponents.

Liverpool and Porto have faced off nine times across major European competitions so far, with the Reds avoiding defeat on each occasion (W6, D3).

The Merseysiders have won their last three Champions League match-ups against the Portuguese outfit by an aggregate score of 11-2, including a scintillating 5-1 romping in the reverse fixture at the Estadio do Dragao.

Meanwhile, Anfield has been an impregnable fortress for Porto throughout history, with the Dragons failing to win any of their previous four UEFA-sanctioned visits to this venue (D1, L3) while scoring just once in the process.

Another day in the office

Since current boss Jurgen Klopp took charge of Liverpool in 2015, the Reds have lost only two of their 23 Champions League matches at Anfield (W16, D5).

The Premier League powerhouse won’t be lacking motivation despite having already reached the knock-outs, as they have a piece of history to play for here.

If they avoid defeat on home turf, Liverpool will remain unbeaten against a side they’ve faced 10+ times in major European competition without ever losing for the first time.

Despite Porto’s heroic Champions League exploits this season, the Merseyside outfit could prove too hot to handle, at least based on the Reds’ recent home showings.

Since being held to a 1-1 draw to fierce domestic rivals Chelsea in late August, Liverpool have netted 2+ goals in each of their subsequent six competitive home outings, averaging 2.66 goals per match in that run.

The hosts are unbeaten in their last 14 home games across all competitions (W9, D5) since a dreadful run of six straight Premier League losses at Anfield between January and March.

Porto may have beaten Chelsea 1-0 in their most recent Champions League visit to England, but their overall European record on English soil reads disastrously (W2, D3, L18).

Even that success at Stamford Bridge was nothing but a ‘Pyrrhic victory’ as they bowed out of last season’s quarter-final tie against the Blues, courtesy of a 2-0 first-leg loss at home.

The Dragons have only scored twice across their last nine European away encounters against English hosts, suggesting Liverpool could register a third consecutive clean sheet at Anfield.

However, the Reds are one of the two sides the Dragons have failed to shut out during that nine-match sequence, with Klopp’s side putting five past Sergio Conceicao’s men in September.

Many high-profile European sides would envy Porto’s recent defensive exploits, but that should not bother Liverpool as long as they have Mohamed Salah fit and firing.

Since his debut Champions League campaign at Liverpool in 2017/18, the Egyptian superstar has clocked up 30 goals in 45 appearances in Europe’s elite competition.

Only four of those goals have come from the spot, making Bayern Munich’s Robert Lewandowski at 33 the only more prolific player in the Champions League from open play in that period.