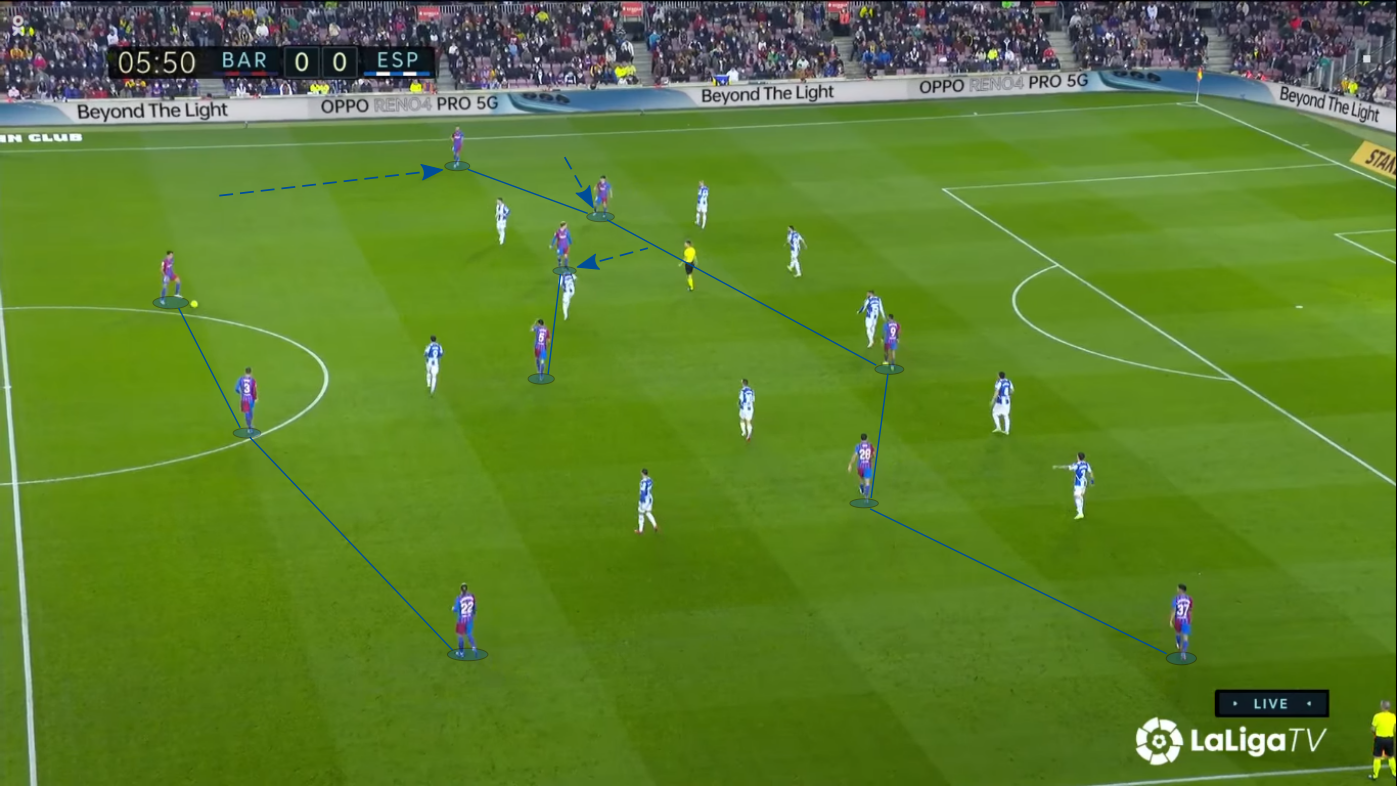 The Parable of the Prodigal Son is a famous story centred around a young man asking his father for his share of inheritance before squandering it all and having to return home completely empty-handed.

However, in the case of Xavi and Barcelona, the tale is a little different.

After making a then club-record 767th appearance in the 2015 Champions League final to win a historic second treble for Barcelona, Xavi left Catalunya for Qatar, where he spent four years playing for Al Sadd.

He was simultaneously studying for his coaching badges and almost immediately took over as manager of the club after hanging up his boots.

Meanwhile, political instability and financial turmoil at Barcelona left the club in tatters. They did win three of the subsequent four La Liga titles after Xavi’s departure, but continental success had already started to elude them.

They failed to get past the quarter-final stage of the Champions League for the next three campaigns, and when they finally reached the semifinals in 2019, they were victims of a magical night at Anfield.

But it was in 2020 that the first sucker punch hit them — the 8-2 mauling at the hands of Bayern Munich.

Part of the reason for their sustained domestic success was the fact that they still retained most of their superstars. But one by one, they all began to depart.

Dani Alves left in 2016, Neymar in 2017, Andrés Iniesta in 2018, and as Barcelona’s financial condition worsened (in part thanks to some utterly disastrous work in the transfer window), Luis Suárez and even Lionel Messi had to bid farewell in 2020 and 2021 respectively.

Recent managers Quique Setién and Ronald Koeman did not enjoy successful tenures either, leaving Barcelona completely directionless and way down in the ninth spot of the La Liga table and with a worst-ever start to the Champions League group stages when the latter was sacked this season.

So, when Xavi returned, his primary task was to rescue his home from the ruined state it was in.

His first assignment was a Catalan derby against Espanyol, with most of his core squad only having returned a couple of days before the match from an international break.

A reasonably lengthy injury list was another concern, which is why the new manager was forced to name a fairly youthful starting XI.

The statistics do an excellent job of telling the story of the match.

Barcelona were in control for most of the game but failed to create too many noteworthy goal-scoring opportunities.

Their npxG/Shot (non-penalty Expected Goals per Shot) was a very low 0.05, which, for context, is well under half of their seasonal La Liga average before this match of 0.12.

This allowed Espanyol to mount a late charge, as over 87% of their xG tally came in the second half, and eight of their 12 shots were taken after the 68th minute.

The hosts’ shot-map highlights their lack of quality chances, with just two shots bar the penalty coming in the central region of the penalty area.

But, of course, it is unreasonable to expect instant results in the first game of a new manager, especially when it is a derby.

What we can see, though, are indications of how the team will take shape under new leadership, and the good news is that Barcelona seemed to have a clear direction and style of play in this match.

From his work at Al Sadd, it became clear that Xavi was a proponent of Juego de Posición or Positional Play as we call it in English. Therefore, the fundamental patterns of this style of play were visible in this match.

As Espanyol did not press too high up the pitch, Marc-André ter Stegen had little to do apart from taking goal-kicks as most of the building up was done around the edge of the defensive third.

The structure was a 4-1-2-3, with Sergio Busquets acting as the link in midfield while the other two midfielders pushed forward in the half-space. The full-backs stayed fairly deep, leaving the wingers to hug the touchline.

Initially, Barcelona found some joy playing through the middle with the midfielders making runs in behind as Memphis Depay pulled one or both centre-backs away by dropping deep…

…but Espanyol adapted quickly as they switched to a 5-4-1 in defence by asking the holding midfielder to drop in between the centre-backs.

This prevented Barcelona from overloading their defensive line, thereby forcing them to find different ways to attack. The answer came down the left flank, which was the origin of 51% of the Blaugrana’s attacks.

As they entered the opposition half, the hosts’ shape transitioned into a 3-2-5 as Jordi Alba got forward down the left with Gavi drifting into the half-space (where he was comfortable being a natural midfielder) and Frenkie de Jong staying deep to support Sergio Busquets in midfield.

These positional rotations facilitated progression down the left wing.

These rotations and the focus of play down the left are also clear to see in Barcelona’s passing network from this match:

Because of this pattern of progression, the only time the ball went out to the right in most cases was when a crossfield pass was made.

As the right winger, Ilias Akhomach often received such passes in the first half and found himself one-on-one against Adrià Pedrosa, but he failed to make much of this with zero successful dribbles.

His half-time replacement Abdessamad Ezzalzouli fared much better, though, as he beat an opponent one-on-one six times while also providing a good attacking outlet with his runs in behind.

Once again, though, the problem for Barcelona was the final ball. Getting into the attacking third was the easy part, but as we saw in the shot-map, they could not generate quality chances.

One of the reasons for that was that they attempted 21 crosses, of which just three were successful. This was a major issue under Ronald Koeman, and it is something that Xavi will have to work on.

It isn’t easy to make too many conclusions regarding the Catalan club’s defending simply because of how little they had to do it.

They employed a very interesting 3-5-2 pressing shape, but it is likely that this was done specifically to counter Espanyol’s system and will not be seen in the long term.

One weakness that was highlighted in this match, though, was their vulnerability to crosses as four of Espanyol’s six key passes were made this way.

In conclusion, it has to be said that this was an excellent victory for Barcelona. More importantly, though, the way they played en route to the three points was encouraging.

Xavi looks intent on getting the Blaugrana to play in the purest form of their traditional way – something which we have not seen for a while – so his challenge now is to get the most out of his players by creating a proper framework for them to operate in.

Whether the Catalan giants can get anywhere near the successes of a decade or so ago at any point under Xavi remains to be seen, but one thing that is sure is that at heart, the Barcelona of old will soon be back.

Stats courtesy Opta via FotMob and WhoScored, StatsBomb via Fbref and Vizz App.