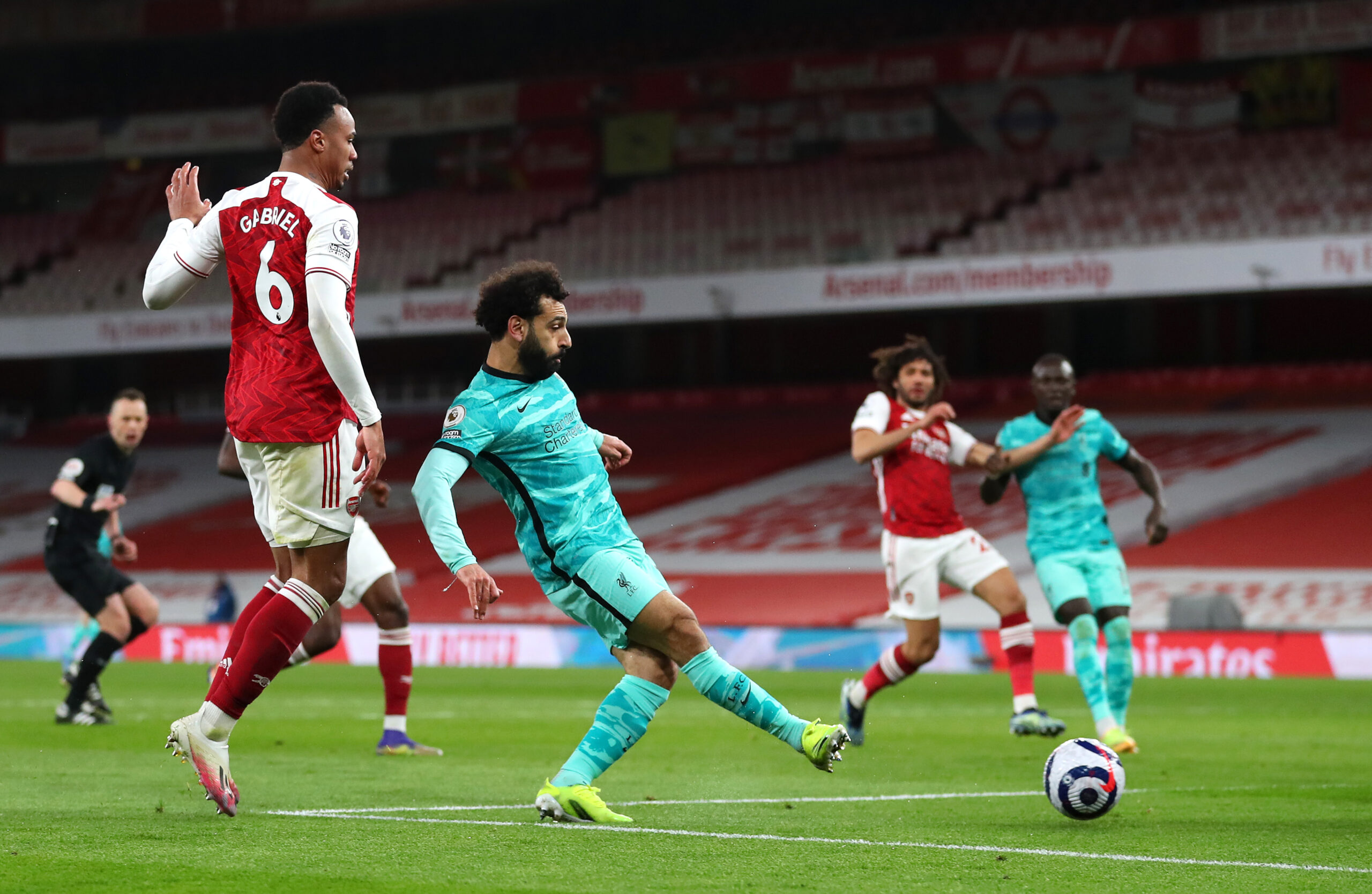 Liverpool and Arsenal go head-to-head in a mouth-watering Premier League showdown at Anfield on Saturday.

The Reds were one of just three sides without a single league defeat across Europe’s top-five divisions before falling to a 3-2 loss to West Ham United on the stroke of the international break.

After winning 24 out of the available 33 points against Arsenal since taking charge of Liverpool in 2015 (W7, D3, L1), Jurgen Klopp will be looking to navigate his side back to winning ways this weekend.

In the meantime, not even the most loyal Gunners supporters could have hoped to see their side fighting for the top-four spots following Arsenal’s dreadful start to the season.

About two months ago, the bookmakers placed Mikel Arteta as the likeliest candidate of all Premier League managers to be relieved of his duties.

Fast forward two months, the Spaniard has beaten the odds, bringing the London outfit on the cusp of breaking into the Premier League top four.

Liverpool won both last season’s Premier League clashes against Arsenal by an aggregate score of 6-1, netting precisely three goals on each occasion.

The Merseyside giants have won their last five top-flight home matches against the Gunners, scoring a whopping 18 while conceding just four in return.

The last time Liverpool enjoyed a longer winning H2H run at home against this opposition was between September 1981 and January 1988 (seven on the trot).

As for Arsenal, it’s been nearly a decade since they last tasted victory at Anfield, losing eight of their ten competitive visits to this venue (D2) since a 2-0 win in September 2012.

Before being beaten by West Ham last time out, Liverpool had enjoyed a stunning 20-match unbeaten streak in the Premier League.

Since their last three league defeats have all come at the hands of London clubs, the Reds will have an added motive to maintain their commanding H2H run against Arsenal.

However, Liverpool have recorded back-to-back 2-2 league draws at home going into this round despite taking the lead in both fixtures.

Klopp’s men have dropped four points across those two games, as many as they surrendered from winning positions in their previous 23 top-flight outings at Anfield.

Arsenal’s horrific three-game losing start to this Premier League campaign is now a distant memory, as they’ve fashioned an epic comeback since mid-September.

The Gunners are the most in-form Premier League side at the moment, having put together eight consecutive league games without a defeat (W6, D2).

They are enjoying their longest unbeaten Premier League run under Arteta, and the Spaniard has his rock-solid backline to thank for Arsenal’s upturn in form.

Not long ago, Arteta’s defence was deemed the weakest area of the squad, but a return of six clean sheets from the last nine Premier League away fixtures speaks highly of the Gunners’ steady improvement.

Arsenal have not conceded in their last three Premier League travels and could make it four away clean sheets in a row in the competition for the first time since May 2005.