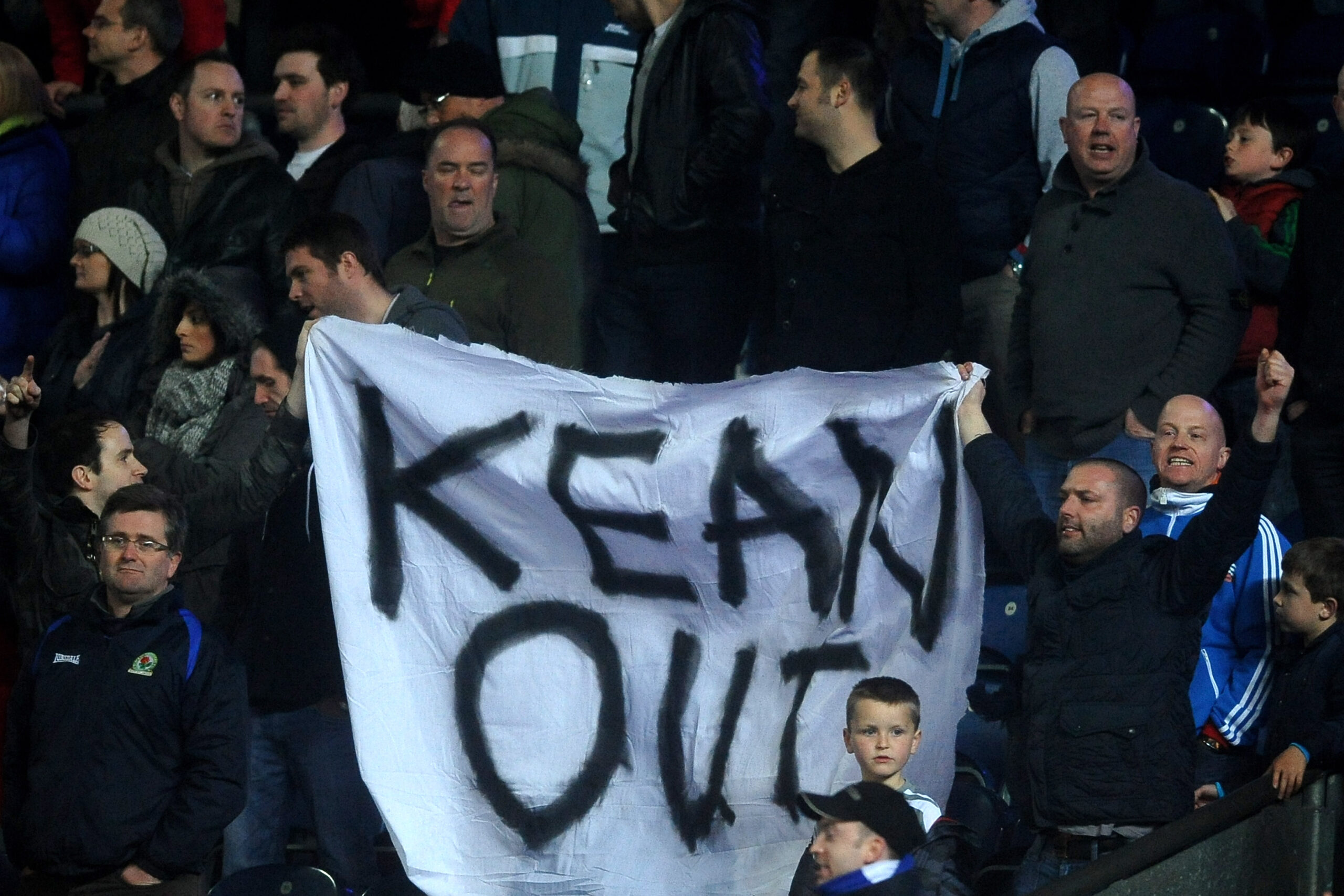 Hibernian’s social media admin must have wondered what was happening after announcing the appointment of the club’s new academy director yesterday.

We normally focus on a couple of top stories in the Football Today column, but the return of Steve Kean to these shores deserves special treatment.

Under normal circumstances, a mid-table Scottish Premiership club appointing a new academy director would barely cause a ripple on social media.

However, the replies to Hibs’ announcement about Kean’s appointment were dominated by comments from angry Rovers fans who have long memories.

A quick check of Kean’s quote in the press release highlighted why there is still so much vitriol towards the smirking assassin.

“It’s a completely new role that matches my expertise in player development and, having managed successfully at a high level, I have the knowledge, vision and skillset to build a competitive development squad at Hibernian and ensure it performs to its fullest potential.”

‘Managed successfully at a high level’? Mistruths were always part of Kean’s armoury at Blackburn, and little seems to have changed.

Under Kean, Rovers were relegated from the Premier League after an 11-year stay in the top-flight. Successful? Absolutely not.

Since he left Ewood Park he has worked in Singapore, Brunei, Greece and Australia. High level? Absolutely not.

If these points are not enough to leave Hibs fans fearful about Kean’s presence at their club, here are a few other things worth noting.

He once claimed he was good enough to play for Celtic – fans at Alloa, Academia Coimbra, Naval, Bath City and Newbury Town would beg to differ.

As a manager, Kean’s questionable relationship with agent Jerome Anderson cost Rovers millions of pounds and left the club struggling to stay afloat.

Kean stabbed Sam Allardyce in the back to get the job which sparked a massive downturn in the club’s fortunes. Hibs’ boss Jack Ross should start looking over his shoulder.

He once described David Goodwillie as a ‘young Wayne Rooney’ and likened Myles Anderson (Google him) to Chris Smalling. Bruno Ribeiro? Denis Irwin. You get the picture.

As for claiming credit for Phil Jones’ development at Rovers – let’s pop that one in the ‘fantasy land’ category and move on.

There are undoubtedly many other examples of the convicted drink driver’s penchant for spouting total nonsense, but life is too short to list them all.

The fact that Rovers fans remain so angry more than nine years after Kean left the club should serve as a warning to Hibs and their supporters. Be afraid. Be very afraid.

Liverpool’s injury list is mounting ahead of their game against Arsenal on Saturday. Odds of 11/2 for an away win could be decent value.

Backing each team to have over one corner in each half in the Stockport v Bolton game at 3/1 looks worth an interest.