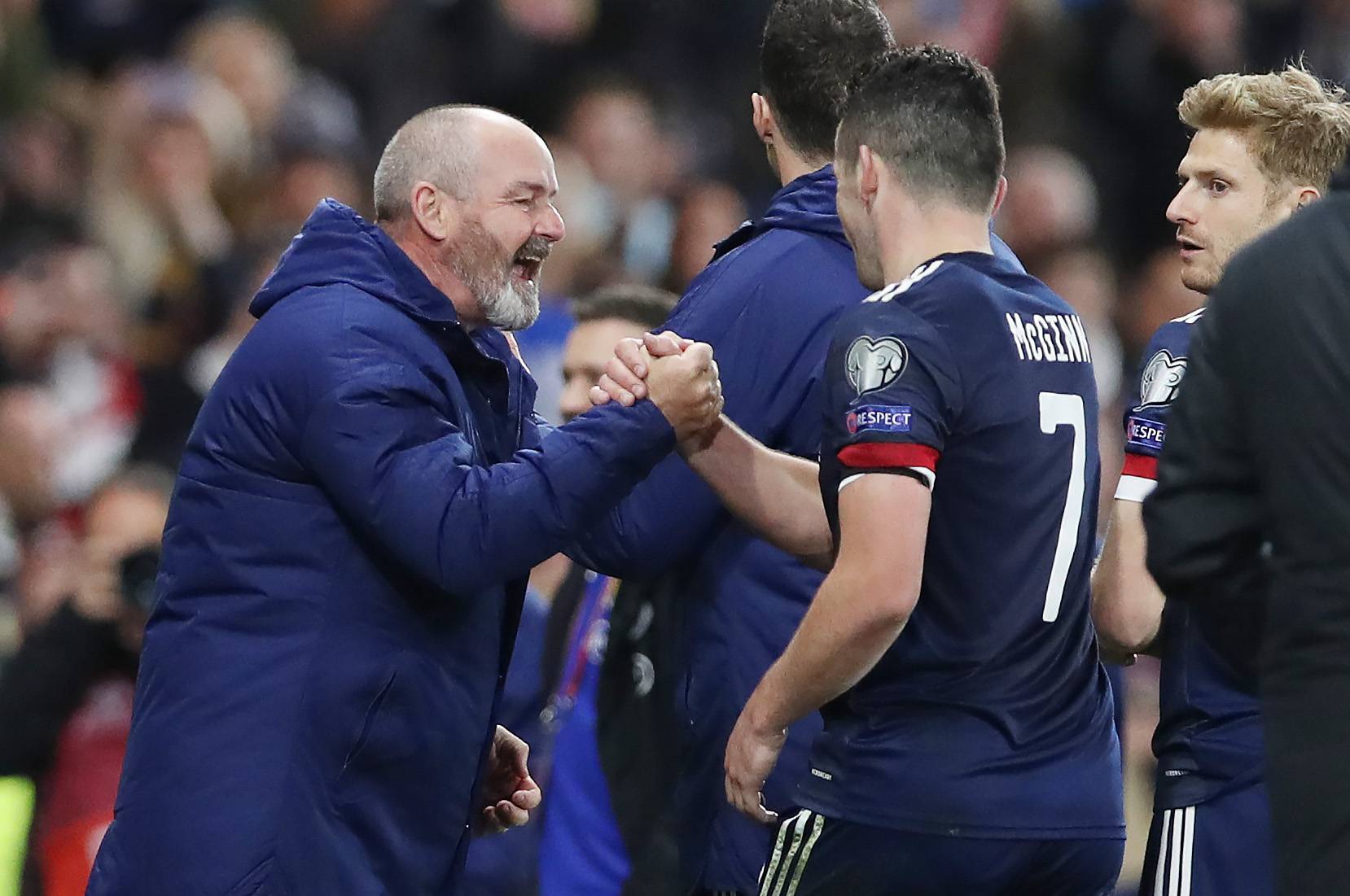 There was plenty to smile about for the home nations on Monday, with our three teams navigating their respective World Cup qualifiers without conceding a goal.

Wales get their opportunity to shine this evening, needing a point against Belgium to secure second place in Group E and a chance of a home tie in the play-offs.

However, let’s rewind a little and look at two big talking points from last night, starting with an excellent result for Scotland.

Scotland’s 2-0 victory over Denmark at Hampden Park perfectly highlighted the progress they have made under manager Steve Clarke.

The Danes went into the game undefeated and had conceded just one goal in their previous nine outings in the qualifiers.

However, Clarke has assembled a team that seems to thrive on pressure and they thoroughly deserved to beat Denmark.

A home play-off tie gives Scotland the best chance of qualifying for the World Cup and it would be no surprise to see them get the job done.

Let’s rein in the Alexander-Arnold hyperbole

According to the Telegraph, Trent Alexander-Arnold’s three assists against San Marino were perhaps ‘a crucial step to turning his international career around’.

This overlooks the point that the Liverpool full-back was ordinary for the first 68 minutes and only stepped things up when the hosts were reduced to ten men.

The issue that England have with Alexander-Arnold is he is a lousy defender. Better international teams will exploit his weaknesses.

Some sections of the media seem intent on pushing Alexander-Arnold’s case to be a regular starter for the Three Lions. Reece James is a better option. No debate.

Hibernian are set to appoint Steve Kean as their new academy director. Given his antics at Blackburn Rovers, this will not end well.

Let’s play up last night’s winning tip with a four-fold of Ukraine, Latvia, Netherlands and Ipswich Town at odds of around 4/1.