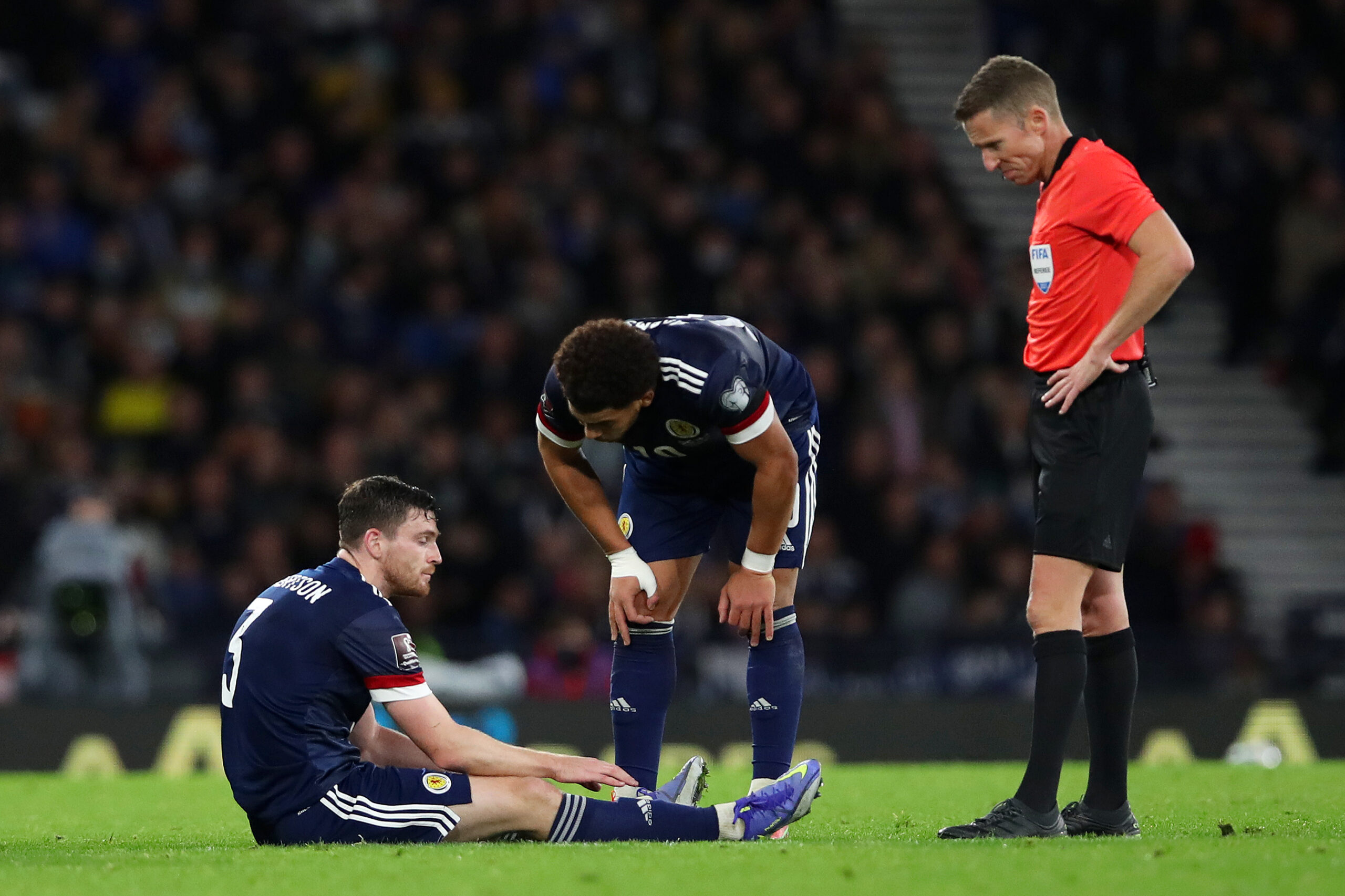 Liverpool have suffered another potential injury blow ahead of their Premier League clash against Arsenal.

The Reds entertain the Gunners at Anfield on Saturday, and it appears that they could be without several players.

The quartet could provide a timely boost, but there are now fresh concerns over three first-team stars.

Robertson has now emerged as the latest injury doubt for the Merseyside outfit after picking up a hamstring injury.

He was substituted in the 79th minute of Scotland’s 2-0 World Cup qualifier win over Denmark last night.

The left-back appeared in good spirits following the game as he came to applaud fans without a limp.

The Scot previously made a swift comeback from a similar concern, taking just one week to recover.

He has excellent fitness levels, and it won’t be surprising if he makes the matchday squad on Saturday.

If that is not the case, Kostas Tsimikas could get a rare league outing, having previously started in mid-September.

The Reds are currently fourth in the league standings, four points adrift of table-toppers Chelsea.

They have an excellent league record against the Gunners, who are presently two points behind in fifth.

The north London club have not beaten them in the league at Anfield since the 2012/13 campaign.

Stats from Transfermarkt.com and Premierinjuries.com