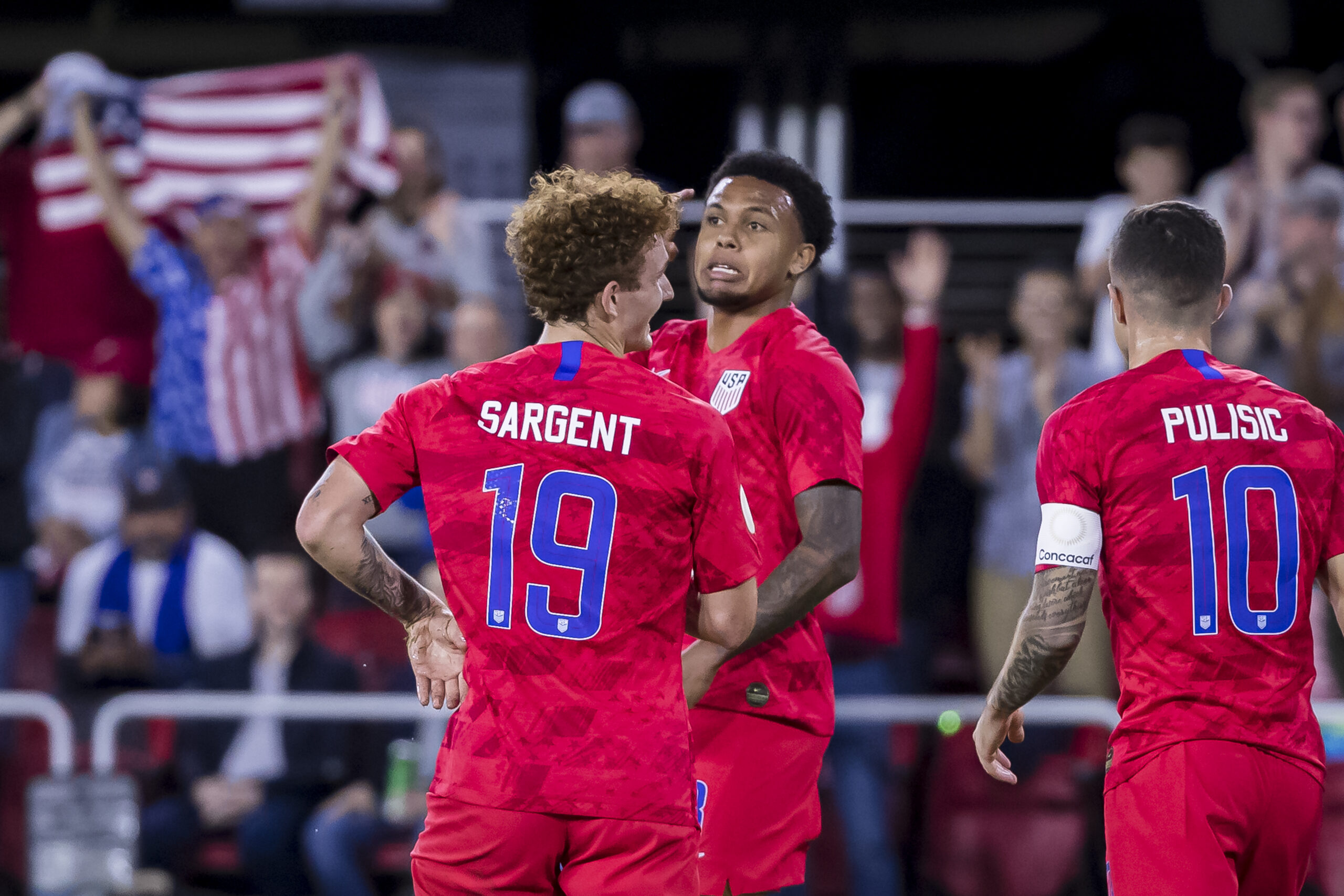 Familiar foes are set to exchange tackles at the TQL Stadium in Cincinnati in a mammoth 2022 World Cup qualifying showdown as the United States take on bitter rivals Mexico.

Both teams are overwhelming favourites to reach next year’s final tournament in Qatar, having already hit the ground running in the ongoing qualifying cycle.

Seeking redemption after failing to qualify for the 2018 edition in Russia, the USA have momentum on their side, having won back-to-back major finals in the summer.

Gregg Berhalter’s side defeated Mexico in a nail-biting penalty shoot-out in this summer’s inaugural CONCACAF Nations League final before beating them in extra-time in the Gold Cup final.

The Mexicans have bounced back from heartbreaking summer failures to set the tone for another dominant World Cup qualifying campaign.

Mexico will now hope to use that momentum to inflict revenge on the USA and avoid losing three consecutive competitive meetings with this opposition for the first time in the nation’s history.

Mexico hold the advantage in this long-term rivalry that stretches back to a 1934 World Cup qualifier that saw them lose to the USA in their first-ever H2H.

El Tri won the subsequent ten encounters and continued to dominate the fiercest North American rivalry in the next 50 years, recording 21 wins from 25 H2Hs in that time (D3, L1).

However, the USA have turned the tide since the beginning of the 21st century and could bring the rivalry back to square one in fixtures that concern the last 40 years with a victory in Ohio.

Going back to 1980 and taking only competitive duels into account, the Stars and Stripes have won 12 of their 31 meetings with Mexico compared to El Tri’s 13 triumphs (D6).

That alone should serve as an incentive for the reigning Gold Cup holders to try and beat the Mexicans in three straight clashes for the first time since 2007.

Since being held to a 1-1 home draw to neighbours Canada in early September, none of the United States’ last four World Cup qualifiers have ended level (W3, L1).

Berhalter’s men have put their never-give-up spirit on full display in that run of fixtures, coming from behind to win two of those four encounters, including a 2-1 home triumph over Costa Rica last time out.

The Stars and Stripes have turned into a force to be reckoned with on home soil over the past two years, as you have to go back to September 2019 to find their last home defeat.

That reverse came at the hands of non-other than Mexico, though the USA have since racked up ten wins in their 12 internationals at home (D2), including friendlies.

With many star players, including Chelsea’s Christian Pulisic, RB Leipzig’s Tyler Adams and Juventus’ Weston McKennie, back in the fold, the hosts will be gunning for another positive result here.

Unbeaten in the ongoing World Cup qualifying cycle (W4, D2), the Mexicans have gone from a brace of 1-1 draws with Canada and Panama to back-to-back qualifying wins by an aggregate score of 5-0.

Based on the early exchanges, Mexico’s qualification for Qatar 2022 is a near-certainty, which would be their eighth World Cup finals appearance in a row.

Delivering action from the get-go, Gerardo Martino’s men have found the net before half-time in their last four international fixtures.

Read: Football Today – Smith ideal for Norwich, Kane should be focused on England.