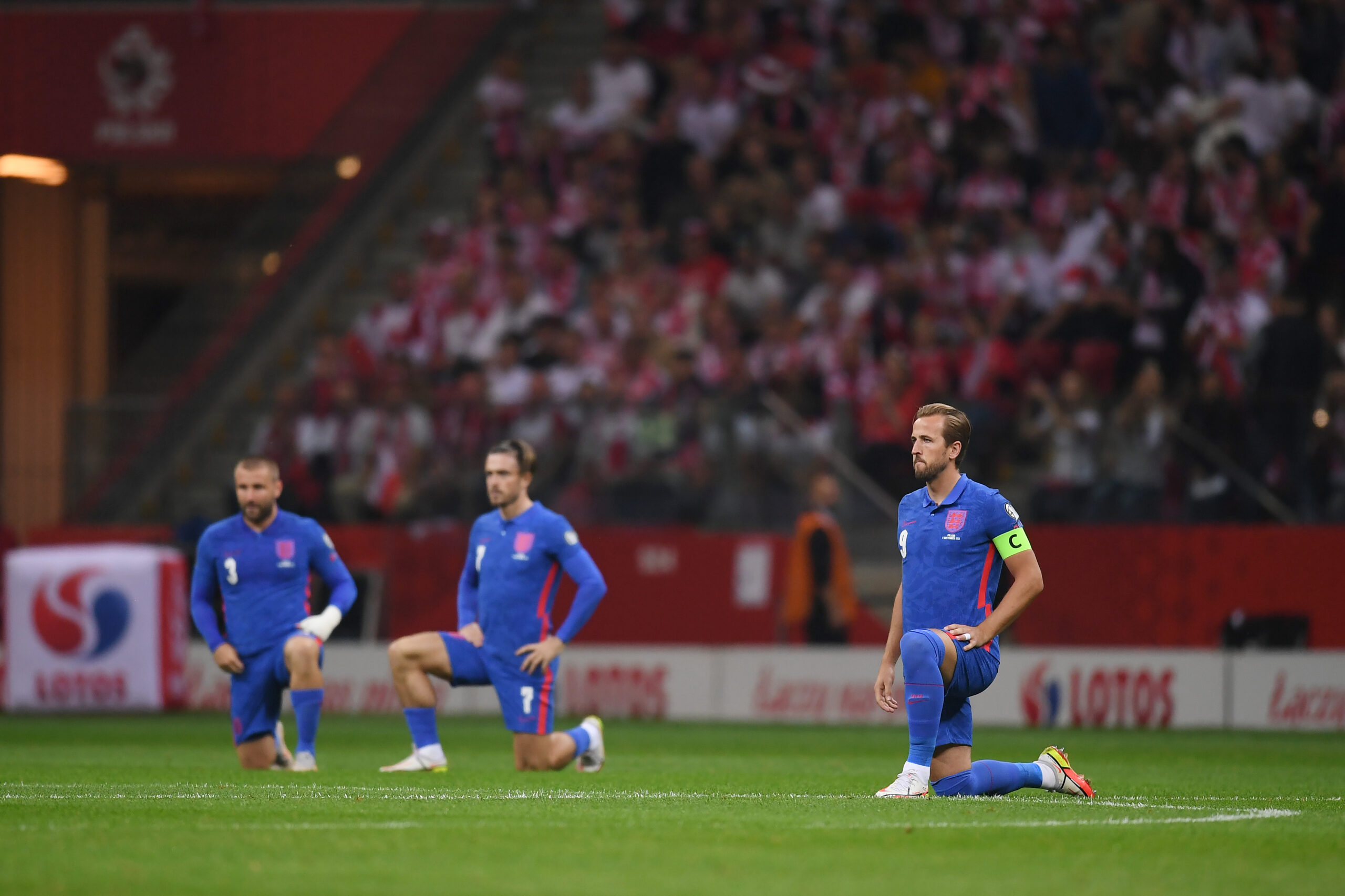 England and Albania go head-to-head at Wembley Stadium in the penultimate round of 2022 World Cup Qualification Group I on Friday.

Despite going unbeaten in the ongoing qualifying campaign (W6, D2), Gareth Southgate’s men can ill-afford complacency heading into the business end of the group.

The Three Lions hold a three-point lead over second-placed Poland and boast a +4 goal difference advantage over Paulo Sousa’s team.

Another overwhelming win over Albania this time around or San Marino in the World Cup qualifying finale should do the trick for England.

However, there is no doubt the European Championship runners-up will be looking to get the job done against the Albanians as part of their bid to redeem themselves to the home crowd.

England lost the Euro 2020 final at Wembley in the summer as Italy prevailed in a nerve-shredding penalty shoot-out to win the trophy in front of the London fans.

England have won all five previous meetings with Albania by an aggregate score of 14-1, including a 2-0 victory in Tirana in the reverse fixture back in March.

The Three Lions have racked up a brace of comprehensive home triumphs over this opposition, winning 5-0 at Wembley in 1989 and 2-0 at St James’ Park in 2001.

Excluding extra-time and penalties, Southgate’s men have put together 18 consecutive matches without defeat in all competitions, keeping a staggering 13 clean sheets in the process.

They are one game away from equalling the nation’s longest such streak set between 1965 and 1966.

That could be a good omen, considering the last time they went 19 internationals without losing they won their only major trophy, courtesy of the 1966 World Cup triumph.

Odds-on favourites to keep their impressive streak going, the Three Lions last lost to a nation ranked outside FIFA’s top 50 in June 2016, going down 2-1 to Iceland at Euro 2016.

Southgate will be looking to put an emphatic stamp on his eye-catching milestone, as he is set to take charge of the national team for the 67th time, the joint-most since Sir Bobby Robson exited in 1990.

Albania must put all the chips in the middle

Albania’s pursuit of their first-ever appearance at the World Cup finals suffered a devastating blow last time out, as they fell to a 1-0 home defeat to Poland.

They are now two points adrift of second-placed Poland, which means reaching the play-off spot is still mathematically possible.

The Albanians have yet to draw a single match in the ongoing World Cup qualifying cycle (W5, L3), while they’ve won three of their four travels in Group I (L1), registering a shutout in each triumph.

Eduardo Reja’s men have amassed one away win less than in their previous 12 World Cup qualifying campaigns combined (D7, L41) and will hope to defy history at Wembley.

But given that two of those three victories have arrived against section minnows Andorra and San Marino, England should be safe and sound here.

Overall H2H stakes speak highly of England’s chances of winning this fixture, as they’ve defeated Albania in all five historical encounters, netting 2+ goals on each occasion.

England have made light work of their competitive meetings with Albania in the 21st century, winning all three by a two-goal margin, including a pair of 2-0 wins in the last two.

Only against Turkey, Andorra and Colombia have the Three Lions played on more occasions than Albania (five) without ever falling behind.

England’s highest win margin over this opposition came in 1989 at Wembley, with the UK heavyweights putting five unanswered goals past the Albanians that time.

Jack Grealish may have experienced a slow start to his life at Manchester City, but he has been a beast for England lately.

The Three Lions have won all six matches without conceding when the Cityzens’ No 10 found the net or delivered an assist.

While Grealish has grown into a talismanic figure of some sort, Harry Kane has been England’s driving force since Southgate’s arrival.

Like his City counterpart, the 28-year-old has endured an abysmal start to the new club season.

However, Kane remains the most prolific player in England’s current line-up and should be the primary source of goals against Albania.