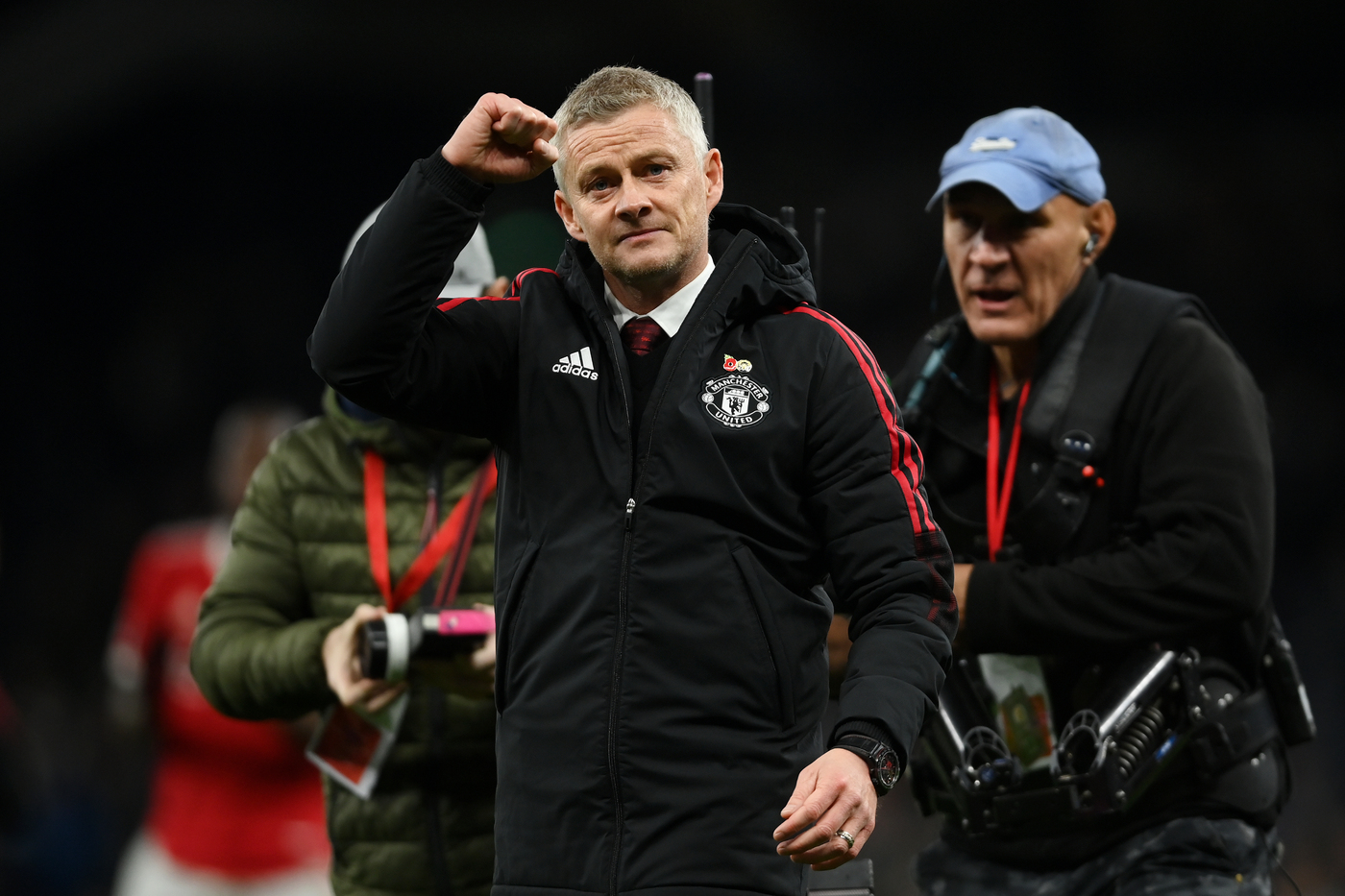 Europe’s top-five leagues will be back in action this weekend following an entertaining midweek jammed-full of cracking Champions League and Europa League fixtures.

With November’s international break waiting in the wings, let’s take a look at the five most exciting match-ups to look forward to in this latest weekend of club football.

Saturday’s Bundesliga action concludes with a heavyweight clash between RB Leipzig and Borussia Dortmund at the Red Bull Arena.

Since earning their inaugural Bundesliga promotion in 2016/17, the Saxons have lost more top-flight matches versus Dortmund (6/10) than against any other side in the competition.

The extent of Leipzig’s abysmal record against Die Borussen is also measured by an annoying average of 2.00 goals per match conceded against this opposition in Germany’s top-flight.

New manager Jesse Marsch has yet to find his feet in his first high-profile managerial job as Leipzig hover in mid-table, having won just four of their nine league games this season (D2, L3).

Marsch’s stuttering start to life in Saxony is a sharp contrast to Marco Rose’s excellent Bundesliga run with Dortmund.

Only perennial German champions Bayern Munich (25) have picked up more top-flight points than the North Rhine-Westphalia outfit (24) so far, with BVB mustering up eight wins from ten Bundesliga games (L2).

Atletico Madrid’s La Liga title defence has got off to a mixed start, meaning Diego Simeone’s side visit Valencia chasing an all-important triumph.

Los Rojiblancos dismantled Real Betis 3-0 last time out after a brace of 2-2 league draws, but it’s only been enough for a fourth place.

However, having gone unbeaten in their last 13 La Liga meetings with Valencia (W8, D5), Atletico will be confident of building much-needed momentum in the Spanish principality.

No strangers to high stakes, Valencia have lifted six La Liga titles, last doing so in 2003/04, but are still considered one of the most influential clubs in Spain.

Los Murcielagos have experienced a steady decline over the past decade, and even Jose Bordalas’ appointment has failed to spark a revival.

A return of three victories from his opening four La Liga fixtures in charge gave the impression that Bordalas could be Valencia’s saviour, but things have since taken a massive U-turn.

The hosts had felt failure in seven consecutive top-flight games (D3, L4) before beating Villarreal 2-0 at home last time out.

Atletico’s arrival at Mestalla should give an insight into whether Valencia are getting back on track or that victory over the reigning Europa League holders was a fluke.

Paris Saint-Germain head to the Matmut Atlantique to take on underperforming Bordeaux in a seemingly routine Ligue 1 task for the travelling side.

There is a sizeable gulf in quality between the sides, and it’s hard to make a case for PSG not to extend their handsomely-looking 12-match unbeaten Ligue 1 run against Bordeaux (W8, D4).

Although Les Parisiens have failed to live up to their all-star potential this season, recovering the Ligue 1 title looks like a foregone conclusion as they hold a healthy eight-point lead over second-placed Nice.

As for Les Girondins, another season-long fight against the drop seems to be well on the cards, as they enter this round with a slender three-point lead over the relegation play-off spot.

After going winless in their last 12 top-flight meetings with PSG, Bordeaux are two failed attempts away from equalling the club’s second-longest winless streak against a single opponent in Ligue 1.

They have only endured a longer winless streak against two sides in their history, Reims (14) and Lyon (15).

Since Vladimir Petkovic’s men are currently no match for Mauricio Pochettino’s star-studded team, this could be a prime opportunity for Paris to bounce back from a 2-2 draw with Leipzig in midweek Champions League action.

The Red Devils are leading the all-time H2H stakes in the Premier League (W24, D9, L15) and, apart from Sir Alex Ferguson’s trophy-laden era, some of the credit for that supremacy goes to Ole Gunnar Solskjaer.

Since losing his first-ever managerial derby in charge, the under-fire United strategist has strung together a four-match unbeaten run against Man City in England’s top-flight (W3, D1).

Although his men have failed to keep a clean sheet in their last 13 Premier League outings at Old Trafford, United have registered three consecutive league shutouts against bitter rivals.

It appears as if Solskjaer has had Pep Guardiola’s number of late, and he will need to use that tactical blueprint to retain his job this time around.

United’s form wobble in the Premier League over the last five matches (W1, D1, L3) explains their underdog status here, but it’s not like City have been at their best this season.

Guardiola’s inability to land an out-and-out striker in the summer has proved costly in the early exchanges.

Given City’s paltry scoring return against United in the recent duels, the absence of a classic No 9 could land the Cityzens into trouble here.

While the Nerazzurri have the overall H2H record in Serie A firmly on their side (W67, D55, L52), the Rossoneri can draw confidence from their imperious start to this domestic campaign.

Despite underwhelming showings in their returning Champions League campaign, Stefano Pioli’s men have been nothing short of exceptional in Serie A.

Alongside Napoli, Milan are the only Italian side to have won ten of their opening 11 top-flight matches this season (D1), racking up a seven-game winning streak in Serie A in the build-up to this fixture.

For the first time in five years, the seven-time European champions will enter the Milan derby harbouring a seven-point lead over Inter.

The reigning Italian champions have performed in patches under new boss Simone Inzaghi, but form tends to go out of the window when derby glory is at stake.

Inter have defeated Milan in their last three Serie A encounters as nominal visitors and could make it four wins in a row in such match-ups for the first time since 1934.

Read Next: Premier League Team of the Season so far